Retirement plan coverage, specifically by a defined benefit (DB) plan, has traditionally been a defining characteristic of public sector employment. The funding of these plans has been a major policy focus since at least the Great Recession, which resulted in tax revenue decreases and pension fund investment losses.

This joint report by SLGE and the TIAA-CREF Institute analyzes data from a 2014 survey initiative that examined the employment and retirement planning and saving experiences of state and local government employees, as well as their confidence in their retirement prospects. Key findings from the survey of more than 1,200 state and local government employees across the nation include: 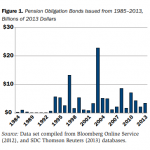 An Update on Pension Obligation Bonds 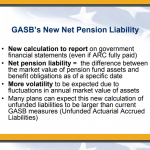