An Update on Pension Obligation Bonds

Pension obligation bonds (POBs) are a general obligation of the government. They can alleviate pressure on the government’s cash position and may offer cost savings. In the previous version of this study, however, 2009 data showed that most issuers had lost money by issuing a POB and that those least able to absorb risk were the most likely to do so.

This 2014 issue brief examines the extent to which this picture has changed since the financial crisis, as well as the rationale for issuing POBs and the factors affecting the probability that a government will issue one. Key findings include: 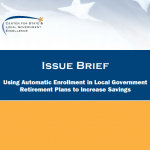 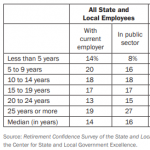